Posted at 11:56h in Research Network by Lisa Falaschi
Share 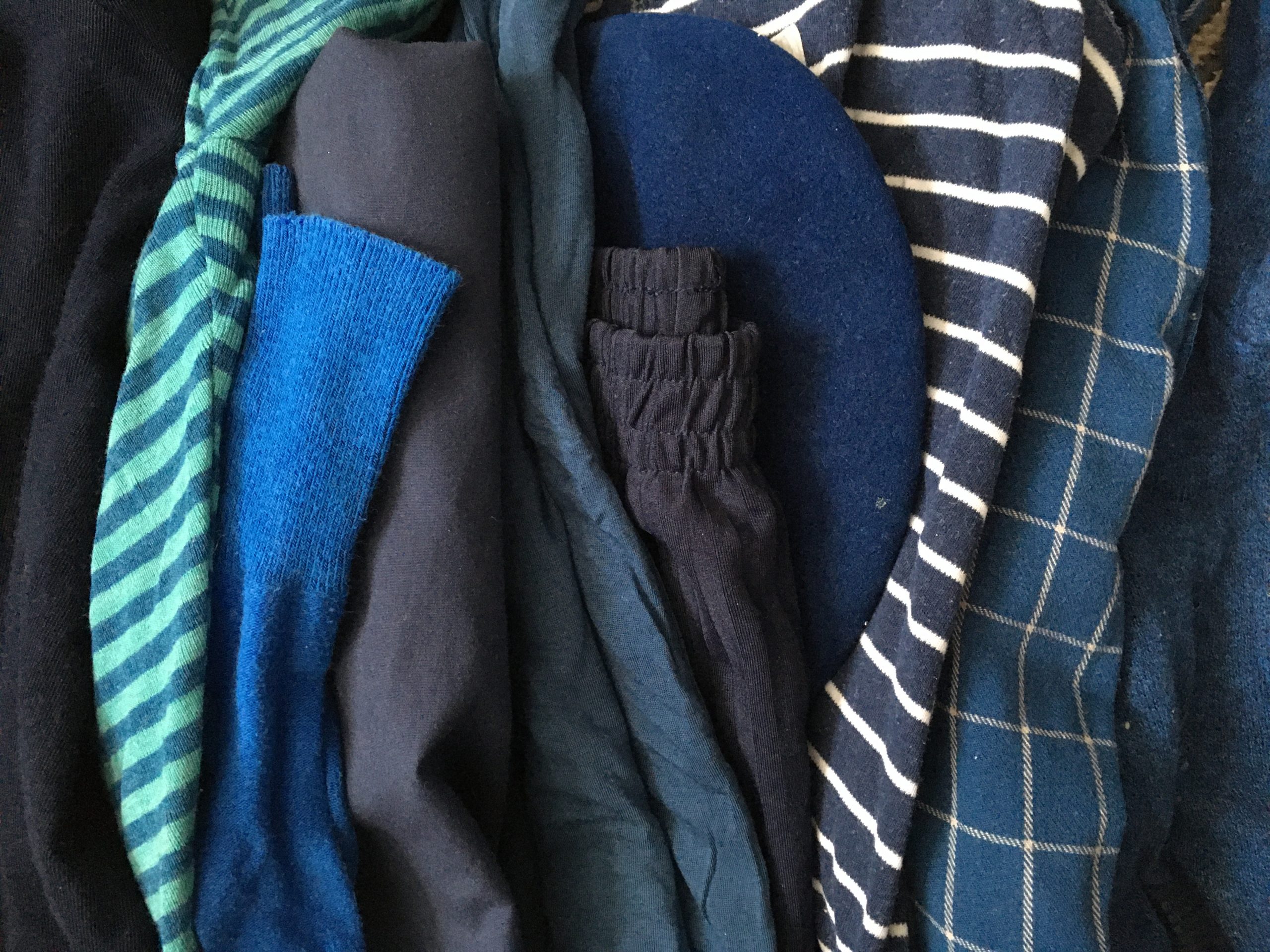 Each member of the Crafting the Commons network has been invited to write a post for the blog, capturing their thinking about commons and commoning as the project unfolds. This post is by Amy Twigger Holroyd.

Dr Amy Twigger Holroyd is a designer, maker and researcher, and Associate Professor of Fashion and Sustainability in the School of Art & Design at Nottingham Trent University. In her academic role she is the Principal Investigator of the Crafting the Commons network; she has also been commissioned to create an installation for the We Are Commoners! exhibition.

For the last decade I’ve been working with a concept of fashion as a commons – and, metaphorically, as common land. To frame the concept very briefly: I see the fashion commons as comprising all of the intangible knowledge associated with clothes, and all of the garments themselves, in the world – and us, as wearers, activating that resource. Although the fashion commons is endlessly varied and diverse, the professionalised and industrialised fashion system corrals us into particular zones – the favoured styles that are on sale at any given time – and tells us that anything that strays beyond those zones is, on one level or another, unacceptable. By framing this restriction as enclosure I’m hoping to prompt people to question it, and even to feel the same sort of outrage that I felt when learning about the enclosure of common land in high-school history lessons.

The fashion commons metaphor underpinned my PhD thesis (and the book it developed into, Folk Fashion: Understanding Homemade Clothes). It also drove the practical element of my doctoral research, in which I developed a spectrum of ways to use knitting skills and knowledge to rework the mass-produced, shop-bought knitted garments in our wardrobes and thereby challenge the implicit enclosure of the fashion commons. This work continues via my Reknit Revolution project, which will be featured in the exhibition – along with a new commission that explores the fashion commons in a different way.

This new work, a participatory installation tentatively titled A Temporary Outpost of the Blue Fashion Commons, is conceived as a slow, unmanned clothes exchange. Exhibition visitors can choose to become ‘blue fashion commoners’ (and therefore earn the right to withdraw an item) by donating blue-coloured garments or their time, for example embroidering a symbol to identify items as part of the resource (as shown in Giuseppe’s recent post), tidying and sorting the display, or completing acts of repair to extend an item’s useful life.

I’m using this work to further explore the idea of clothing as a shared resource. From this perspective, all of the clothes you own are actually borrowed, for a longer or shorter time, from an enormous, ever-shifting, uncatalogued library of items. When you get rid of an item, it is returned to the library, for use by someone else. To keep the resource as rich and varied as possible, we need to put work into mundane acts such as sorting and mending. The installation is a miniature version of this library, which is intended to help us to notice, appreciate and study it.

Will the system work? Might lots of people take items, but neglect to make the required donation of clothing or time in exchange? Will it all just end up as a jumbled mess? Perhaps – but the risk of failure helps us to understand a key concept of the commons: that the ongoing viability of a resource shared in this way depends on the actions of the commoners and their willingness to abide by parameters for its use. These parameters, as described above, will be outlined in the installation, but they will also need to be figured out by and negotiated between the people who are engaging with the idea, on the ground.

While I’ve got the principle underpinning the installation worked out, there’s lots still to develop. I need to design the space in such a way that exhibition visitors can understand the concept, and feel encouraged to take part – and of course I also now need to think about dealing with any social distancing rules that may still be in place during the exhibition tour. For that, I’m taking further inspiration from the common land metaphor, thinking of land lying fallow in between productive growing seasons, to imagine ‘paused’ and ‘active’ installation modes. I’m also taking inspiration from the explosion of domestic craft activity that’s taking place during the lockdown, thinking how I might prompt people to identify their own wardrobe as an outpost of the fashion commons – blue or otherwise.