18 Jun Fence-breaking in the twenty-first century

Posted at 08:29h in Research Network by Lisa Falaschi
Share 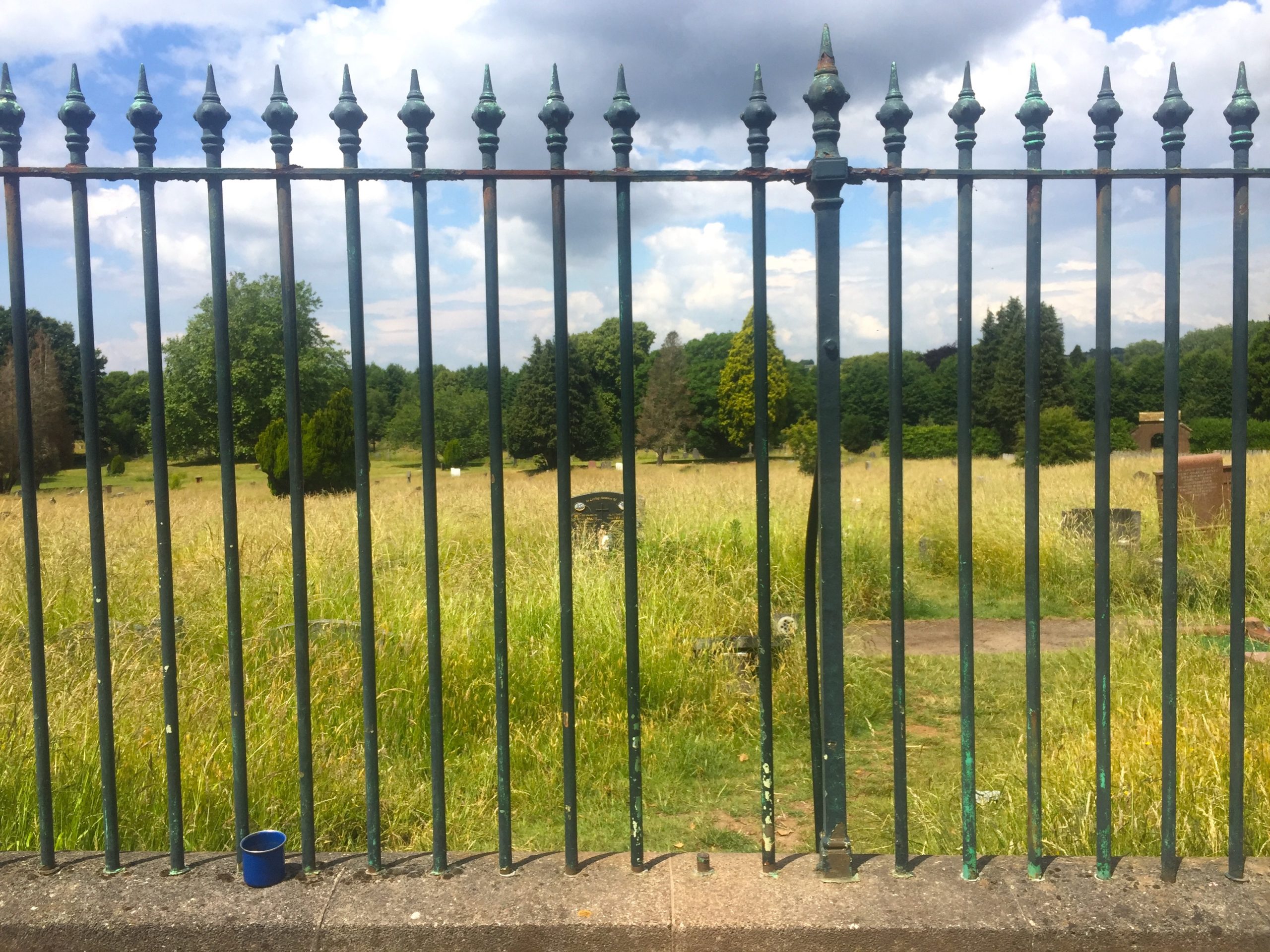 Each member of the Crafting the Commons network has been invited to write a post for the blog, capturing their thinking about commons and commoning as the project unfolds. This post is by Naomi Millner.

Naomi Millner is a political geographer based at the University of Bristol. Naomi’s work explores the knowledge politics surrounding the making and management of global ‘environments’ in the context of changing global agendas for sustainability and changing terrains of conflict. Major themes in her work include citizenship rights, legal aspects of tenure and displacement, environmental expertise, and the construction of sustainable futures – especially in relation to the movement of new paradigms for biodiversity conservation around the world.

I have often reflected on the large cemetery near my home as a kind of “commons,” and never more so during the covid-19 pandemic, when access to green space has become all the more essential, all the more precious. Indeed, the lockdown conditions exposed the unevenness of such access to an extent, for what some have in their gardens or at their back doors, others usually travel far to find. Whatever green spaces did lie within our 1 mile radius suddenly became extremely familiar walking grounds, and spaces of everyday encounter with unknown neighbours, particular trees, and seemingly growing bird populations.

The area where I live, in East Bristol, is a dense meshwork of terraced houses, many of which were built for workers involved in the industrial scale extraction of coal, clay, and sand during the nineteenth century. It’s an area that has been historically inhabited, though not as part of Bristol – in the medieval period it lay within the Royal Forest of Kingswood in the manor of Barton Regis, while the name Easton is probably derived from the Anglo-Saxon East Tun, meaning East Farm. You wouldn’t know it was once a wooded or rural area, and in fact green spaces are hard to come by. That’s why Greenbank cemetery has become an unlikely place of everyday commoning in our area.

The cemetery itself was established in 1871 as the second cemetery of its size in Bristol. As I wrote in my earlier blog, the 1870s was a time of rapid urbanisation and the enclosure of commons in the UK. Allotment sites were being set up to compensate those who no longer had access to agricultural land, but it tended to be marginal plots of low fertility and difficult access. In Bristol this led to a scenario where most contemporary allotments – such as the nearby Clay Bottom plots, close to Greenbank cemetery – were established on abandoned industrial sites (in this case, clay pits), while the Grade I agricultural land that used to be used for market gardens became roads and thoroughfares. The M32 today runs straight through this “blue finger”, so called because blue marks top agricultural land on maps (see Bristol Networks, n.d.).

Like other cemeteries and open spaces created in this period, it is a peaceful, carefully curated site, with memorials to lives lost in important wars, and a now defunct chapel that has been closed for many years. The gate to the chapel is now often open, and the sight of excavators in the areas has led some to hope that it is being turned back into a community space for gathering, grieving and meditation (see figure 1). The Cemetery is, nevertheless, a space of iron railings, opening times, enclosure, and historical privilege. Across the road lies a mass unmarked grave of adults and children who died in a nearby workhouse (Parkin, 2014). Even today, a decent funeral and headstone implies a cost; in the past this difference separated out a whole class of paupers who would be buried without a marker or a name. And, while it is open to anyone to visit, it is only open at certain times, and to certain kinds of use.

As Dimitris Papadopoulos writes in his own blog, the creation of green spaces as “commons” (including city parks and cemeteries) often took place as part of a dramatic reclaiming of newly-enclosed spaces, or those at risk of enclosure, achieved through political action (and see also McDonagh & Griffin, 2016; Cowell, 2002). At the turn of the twentieth century, such movements led to the establishment of popular green spaces like Hampstead Heath in London, and the conversion of former Royal Forests (where the royal deer were once kept for shooting parties) like the New Forest into publicly accessible places. On the other hand, many of the public parks and green spaces created through such campaigns were soon brought under new principles of regulation, seeing spaces once used by a wide group of people now heavily policed according to fixed ideas of their “moral uses” and middle-class leisure ideals (see MacMaster, 1990).

What makes the Cemetery interesting to me, in this context, are the small acts through which the community expands the space into an ongoing site of sharing. When the cemetery is officially “closed”, local residents make their way in via the nature reserve at the back, which has no gate, or the three gaps in the fences created by removing bars. Every time the Council has attempted to repair the bars, someone takes them down again. Now, it seems, the gaps are permanent entrances. The cemetery is just as full of walkers and sitters at 8pm, when the front gates are closed, as in the mornings, and rarely are there signs of disrespect. The live-in custodian seems fairly at peace with this arrangement. People occasionally report being asked to ‘keep their gatherings more out of sight’ but no one I know has been asked to leave out of hours.

Is this a space of commoning? Commoning as an act, as opposed to commons – shared spaces or resources – describes continual acts to make-in-common, to share, to create common resources. While commons are usually maintained by a particular group who share investment in a resource (be it a green space or a web archive), commoning is about widening, keeping open, and making open. The ancient yews, giant copper beeches and shimmering birches in the Cemetery provide much needed airy sanctuary in the urban environment, but they are not a sign of ecological restoration in the wider area as such. Rather, they are part of more-than-human social practices of living well that allow people to connect and feel well (admittedly, leaving wider questions of ecology in the city unsolved). Instead, what makes this still-open enclosed ground a metaphor for wider acts of commoning is the refusal to allow it to be closed according to a set of rules, and the insistence on the lore that often grounds commons activism: “It has long been used this way, and we will continue to use it this way.”