21 May WhatsApp in the common garden

Posted at 08:36h in Research Network by Lisa Falaschi
Share 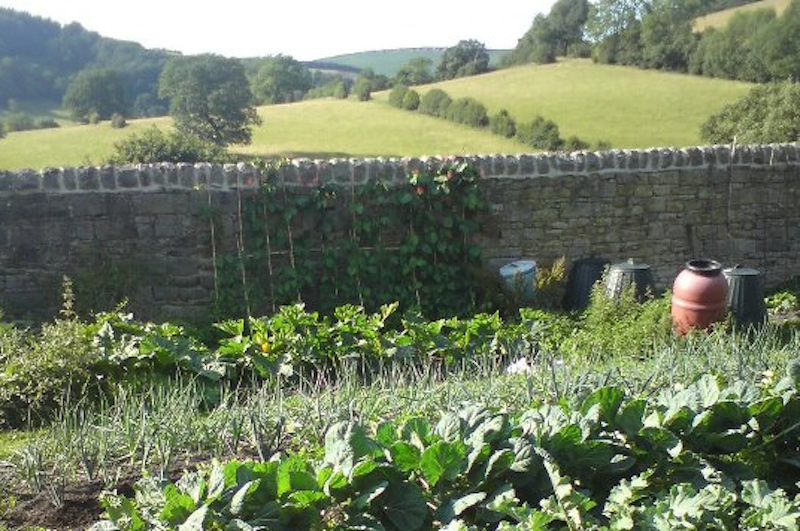 Each member of the Crafting the Commons network has been invited to write a post for the blog, capturing their thinking about commons and commoning as the project unfolds. This post is by Tom Fisher.

Tom Fisher is a gardener, craftsperson and academic. He made his living as a furniture designer/maker before his first university appointment, and is now developing a business custom-making French horns. His academic interests derive directly from this – prominent themes include materials in everyday consumption (the subject of his PhD) and the acquisition of skill in material practices, informed by theories of cognition. This means his academic work focuses on understanding a range of processes that can be broadly understood as ‘craft’, including heritage industrial crafts, and gardening.

Silvia Federici: ‘The commoning activities that are created under emergency conditions do not disappear without leaving some traces, although not always visible to the naked eye.’

“Diane will be at the allotment from 10:30 today for an hour” says the WhatsApp message, which goes to me, and a dozen other people who live nearby. We all tend plots in a garden that is part of the church grounds in our Derbyshire village. It is a peaceful and bucolic spot, better tended this year than ever before – lots of people say so who pass by on their daily quarantined walk. People are sharing the task of mowing, watering each other’s plants, cooperating naturally without deferring to anyone. This is not an ‘allotment’, we don’t fall under the UK legislation that covers allotments. We don’t pay rent, we have no tenancy agreement, or rights, or responsibilities. Ours is a ‘grace and favour’ arrangement – there is no allotment committee, no rules on the way we garden, or don’t, the ground we end up with. On the face of it, we garden ‘in common’.

The ground was part of the vicar’s living along with the vicarage, which is likely to be rather older than its C18 façade since there was a Saxon church on the site. The ground’s long history is reflected in the sherds of pottery we dig up – English slipware, transfer printed ware, clay pipes. I imagine who might have dropped the clay pipes – presumably the vicar’s gardener. Locals have told me that children from the local CofE primary school would garden there fifty years ago, and up until about ten years ago the vicar would tend some of it. More recently though there has not been a gardening vicar, and their living no longer includes staff, so the relationship between the gardeners and the church has become more attenuated.

The garden wasn’t made to be ‘in common’. It is enclosed by a stone wall and because we pay no rent, we have no rights to garden it. We have no framework to organise ourselves, nobody will sanction you if you don’t do the weeding, there is no waiting list, but how to join and when to leave the group is not obvious. Relationships within the group and between the group and the church are unstructured, and at times problematic. The Parochial Church Committee is responsible for managing the church grounds and in principle governs the garden, but there being no mechanism for the gardeners to engage with it, there is no relationship with it.

This is a walled kitchen garden and the nature of its enclosure is significant, to both its past and its present. It is about 40m x 20m, with stone walls on three sides. The ground slopes down slightly towards the long wall, facing north east, so the long wall is taller than the other two. The fourth side of the garden is enclosed by a rather wonky but originally very substantial metal fence, with an iron gate at one end. These material details affect our gardening practices, and because of the current Covid-19 quarantine, our social interaction as well. For instance, the long wall is south facing, so it is tempting to use it to support bean poles, but because the ground slopes, freezing air collects along its base, killing bean plants in a late frost. Because you have to open the gate to get in it has become a potential vector for infection.

I only know about the frost pocket because I have acquired some knowledge in action through gardening there for over 20 years. This is being a remarkable year because of the pressure that the Covid-19 quarantine has put on us as a group. In the past, the context for the garden – the ‘grace and favour’ arrangement, its location next to the church car park, which fills beyond capacity on some Sundays – has cast a sense of threat over it, has enclosed it. Perhaps the PCC really want to turn it into more car park. What does the church warden’s comment about the weeds in the border signify? While this enclosure remains since we have not worked out how to communicate effectively with the PCC, the quarantine, combined with WhatsApp has changed our relationship to each other and to the garden.

One of the gardeners – Diane’s husband – has very significant health problems so they are both concerned to avoid catching Covid-19 at all costs. But they want to continue to use the garden. Our WhatsApp group has made it possible to alert each other to our plans to visit the garden, meaning we can ensure there are not too many people there at once. Counter-intuitively, this technology, which allows us to avoid each other altogether by acting in a common interest, has meant we are able to act more communally than before. We complain about the naughty crows that damage our plants. We update each other on the effects of the late frost on tender seedlings. Most significantly, perhaps because it is a non-hierarchical platform, we seem to be able to influence each other to ‘keep up’, with digging, weeding, planting, mowing, without anyone having to be ‘chair of the committee’.

This is significant. It has disrupted the default to the leader/ led positions that has tended to characterise our interactions in the past. Facilitated by WhatsApp, perhaps this will be a persistent trace of our ‘emergency conditions’.