15 Sep A Room Between the Rooms

Posted at 13:53h in Research Network by Lisa Falaschi
Share 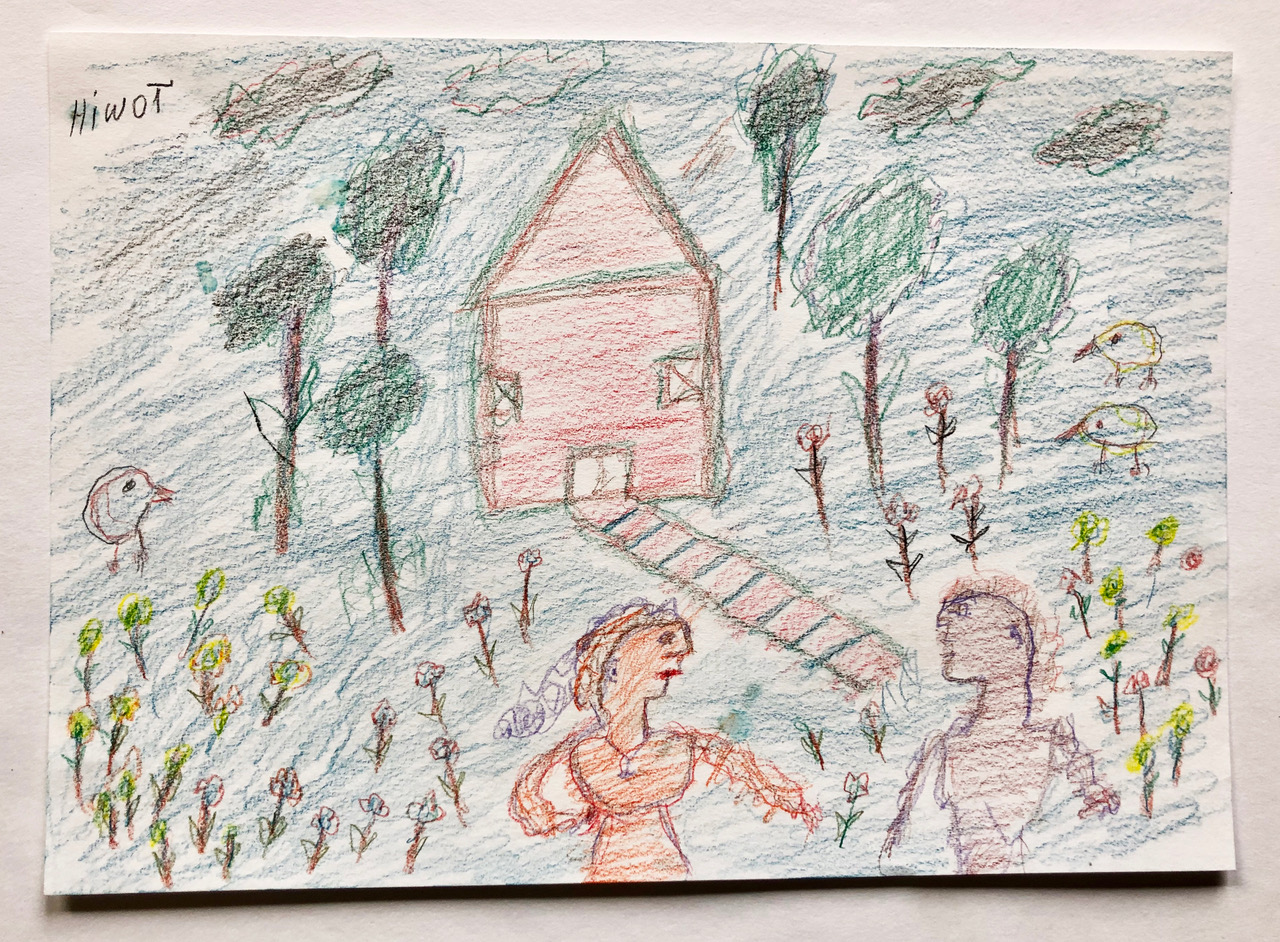 Each member of the Crafting the Commons network has been invited to write a post for the blog, capturing their thinking about commons and commoning as the project unfolds. This post is by Gelawesh Waledkhani and Lise Bjørne Linnert.

Gelawesh Waledkhani: Born 1982 in Kurdistan, lives and works in Oslo. Waledkhani’s artistic practice has a humanistic orientation. Through a poetic handling of media such as embroidery, drawing, installations, film work and workshops, she promotes political, feminist and human rights issues.

A Room Between the Rooms

“There is a light in everything that burns. A flame that burns in each of us, from before we are born, and which is kept alive by the people around us. The fuel is the belief in the future and the feeling of being wanted, the feeling of belonging. For every defeat and every rejection, the flame flickers, gets weaker and weaker until there is only a glow left.” From the book Those Who Don’t Exist by Simon Stranger

In May 2020, a small group of men and women are gathered around a table in Oslo. Everyone is concentrating on the paper in front of them. Today’s assignment is entitled: Memories of a room. The pencil and colors draw out memories. Some drawings look like overview maps, others have a small detail from a room in focus, each carries a story. We share them with each other. Some write notes into the drawing.

What Nasim, Hiwot, Mezeret, Sarah and Koroush have in common is that they do not really exist, they are so-called paperless. People that are unwanted in our country. They have hardly any rights and few opportunities. Each day is a challenge, and the future highly uncertain.

Since 2014, the situation for refugees has progressively worsened. Millions are internally displaced, others are fleeing across borders and nearly ten million people are stateless, according to the UN.

Many have their asylum applications rejected. For some it is impossible to return, awaiting them would be persecution. They become trapped in a hopeless situation that turns life into a waiting room. For some, this means a life in hiding, an existence in a space in between, like living in “a room between the rooms”. 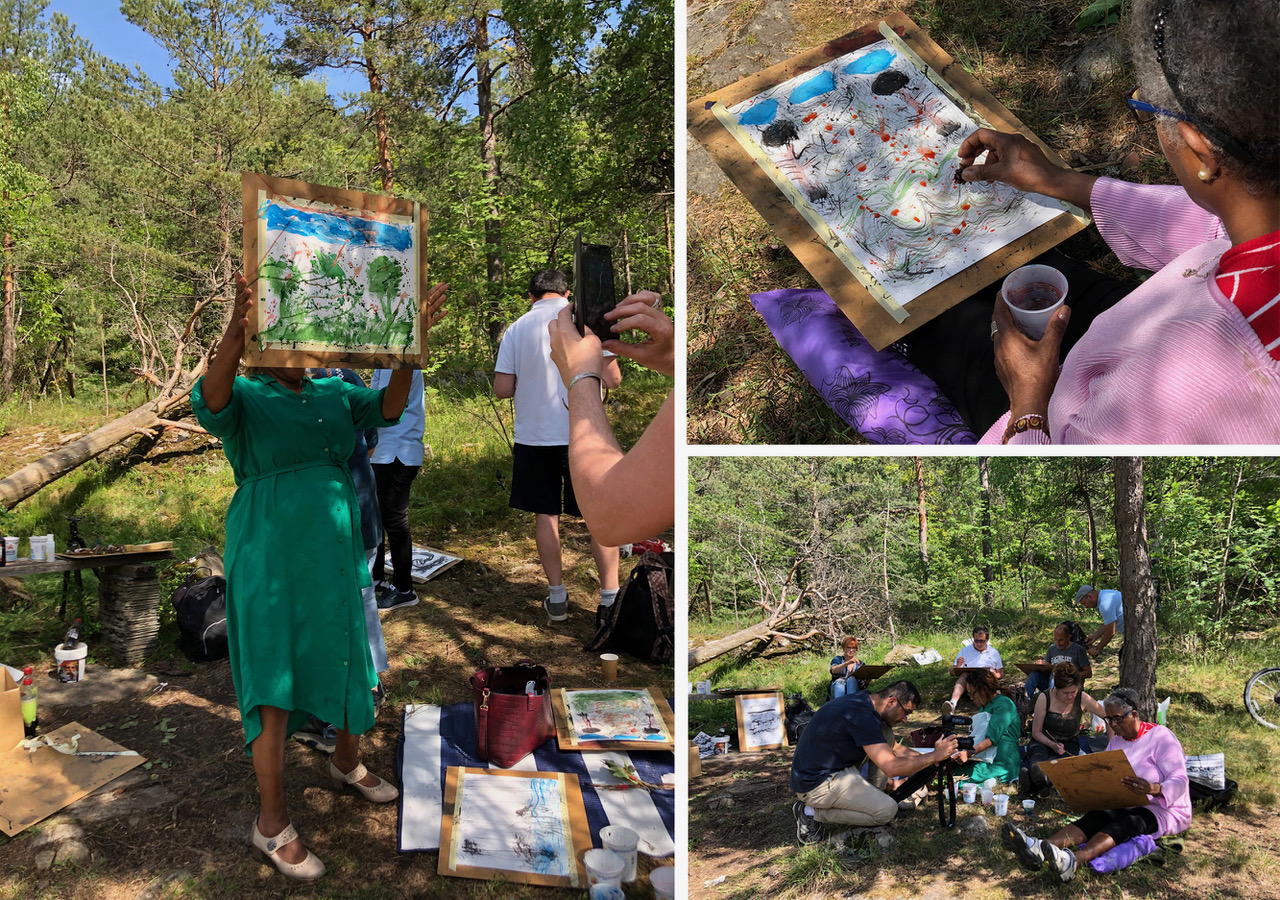 The art project “A room between the rooms” aims to highlight these lives and voices.  Through a series of creative workshops, we are forming mobile common spaces and looking at how these could impact people living in hiding in Norway. Could the shared creative work build a different bond between the participants? What are the participants’ understandings and reflections around community? Could our collaborative work reduce stigma and increase understanding?

In the series of workshops, various drawing and writing techniques are explored. The hand “tells” differently from the spoken word and can give us access to a wordless language. Doing something with our hands also does something to our minds, we talk differently, we listen better, and we get closer to each other. 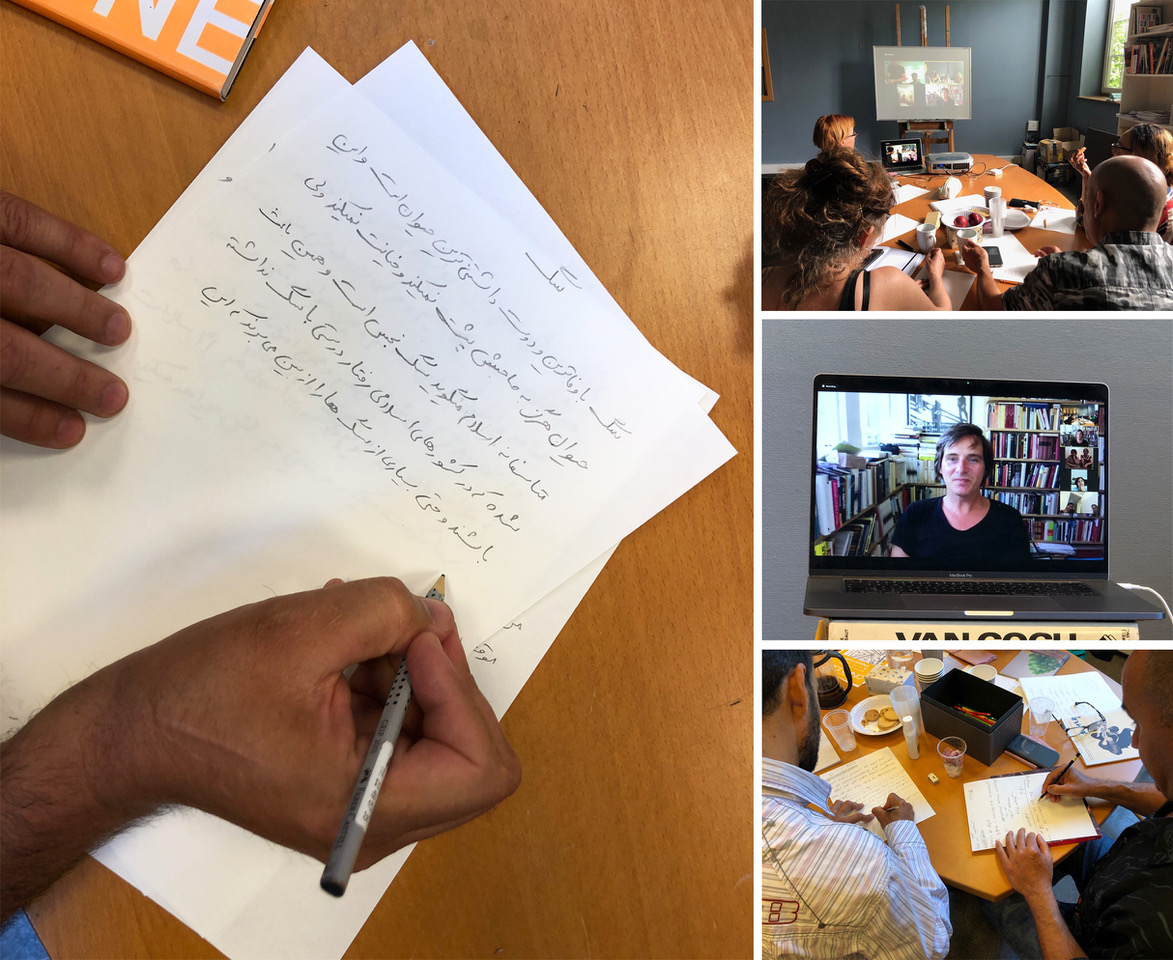 The Corona crisis forced us to think differently around the arrangements of the workshops and we included online interactive classes. This enabled paperless in Oslo, Bergen and Trondheim to virtually meet and participate. We discovered that we didn’t need to sit around the same table to develop a community, it was built through the digital platform as well. For some the meetings felt like a lifebuoy in a time where Corona closed our society down.  For the paperless this meant that nothing was available for them.

To explore writing as expressions we invited the author Simon Stranger to host writing workshops for the group. Playful writing exercises brought personal experiences forward. We read the texts together and talked about how words can soothe, and discoveries of personal potentials can be released. How stories of struggles can be shared without victimizing the narrator, and instead highlight human strength.

The quote starting our text comes from Simon Stranger’s book: They that don’t exist. The book tells the story of the refugee Samual. The story could just as well have been Nasim’s, Hiwot’s, Sarah’s, Nezeret’s and Koroush’s.

To have your story heard is making you visible. Humans living on the side of our society exist. To listen to their stories opens the room between the rooms.

The workshops will continue throughout 2021. The group expands and new participants enter from new parts of Norway. Materials created in the workshops will, together with video and photos from the process, be the basis of Waledkhani and Linnert’s installation in the exhibition We are commoners!.