Posted at 14:32h in Research Network by Lisa Falaschi
Share 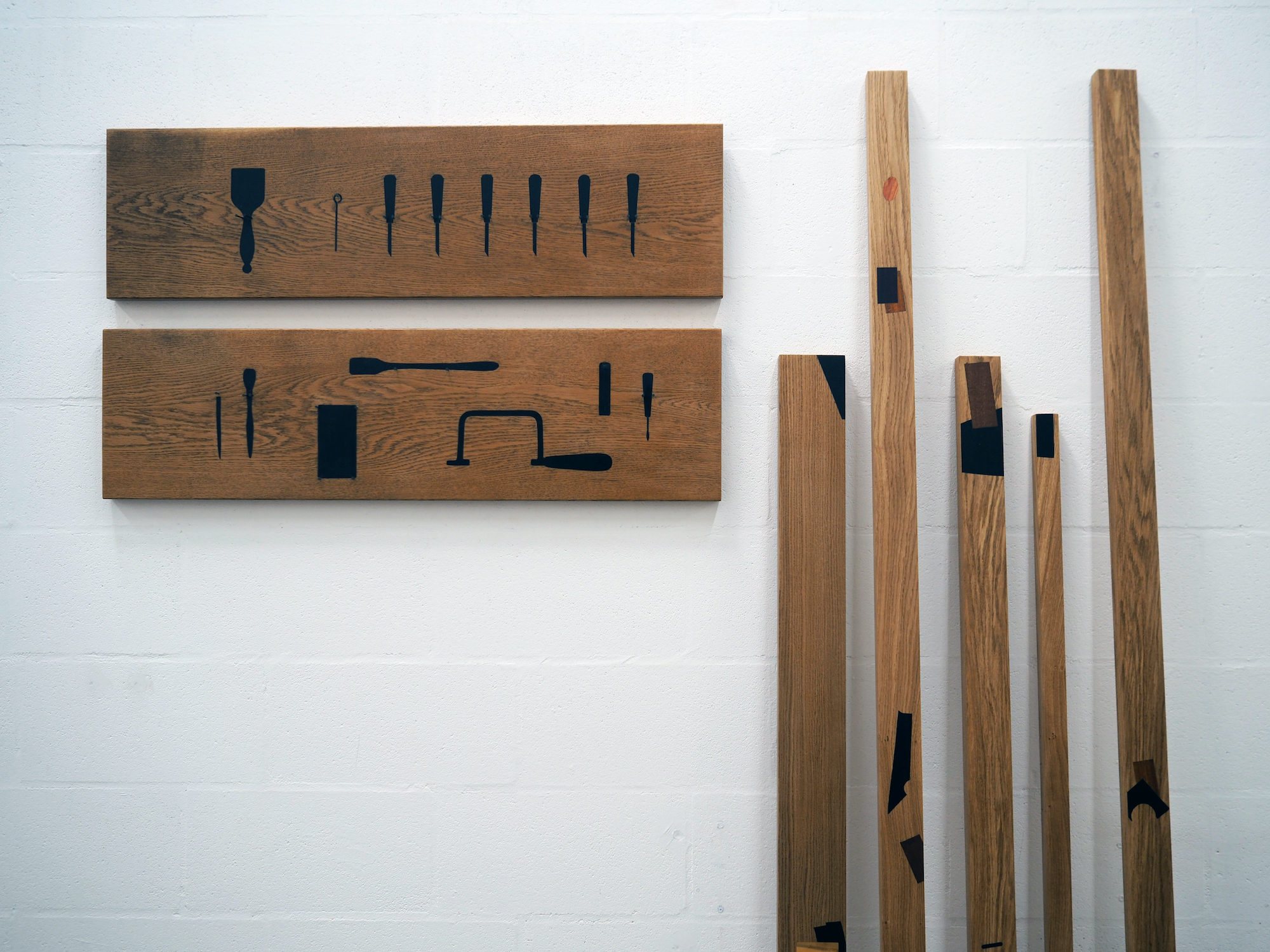 Each member of the Crafting the Commons network has been invited to contribute a post for the blog, capturing their thinking about commons and commoning as the project unfolds. This post is by Linda Brothwell and Leila Dawney.

Linda Brothwell (b.1981) is a British visual artist. Her multi disciplinary practice casts her as a maker of objects, tools and publicly sited interventions. She considers what it means to make something by hand that takes ‘care’ as its core, to not only make the ‘thing’ but to make the tools to make the thing, to spend months or years immersed in the techniques, the materials and the stories of a place.

Leila Dawney is a Senior Lecturer in the Department of Geography at the University of Exeter. A cultural geographer and theorist of authority, affect and embodiment, her research addresses forms of experience and subjectivity produced in and through spaces of late capitalism.

Acts of repair and responsibility in public space make a claim on these spaces as common, and make visible our shared stakes in them. They foster a sense of collective life, as a counter strategy to the individualising and privatising forces that surround us, and heal the sense of loss that the neglect of public objects by those in power generates.

To some, this might seem like a cop-out, a way of excusing states and local administrations from their own responsibilities to take care of public things. To be sure, it fits neatly with a “big society” perspective that encourages individuals and community organisations to fulfil roles previously undertaken by the state: we do not deny this tension. Nor do we suggest that DIY commoning and small acts of care can be a panacea to neoliberal urban blight. Yet caring for public things consoles; it offers a ritual of mourning for a lost public. When the objects that hold us are uncared for, or replaced with cheaper, baser, versions, they no longer hold us in the same way, and we feel their loss. Recognising that loss is the first step towards opening up a space for making worlds in common. A repair in a public place makes the neglect of public things visible and draws our attention to their value; it makes us feel cared for, and held. The anonymity of repair itself speaks to the unnamed equality of the idea of the public.

There’s a radical action in taking responsibility and saying that that’s mine to look after. There’s an act of claiming that needs to take place. That’s important to think about in a situation where we don’t really think about public things as ours.

In the work I do, I would say that in fact, it’s a proposal… a provocation. Rather than claiming something as mine, I’m temporarily taking the responsibility for its care. But I do that in celebration of the fact that it is ours – a shared resource. I think the claim is that we can look after things. I’ll go first, I’ll take care of it, but then it is open for you to respond.

What does it mean to say, “I’ll go first”? What does it mean to take responsibility for shared objects? This ethical movement towards the world of objects generates a kind of politics that is not attached to grand narratives, but is instead oriented towards how we live in and through times of trouble – how we endure, and how we learn to live differently with what we have. It is about shifting our ethics, sensibilities and practices from within. Brothwell’s repairs shift, at the micro level, our relationships with our world, our sense of who we are, and our sense of responsibility and belonging in public space.

We can care for something in public space, and use that as an opportunity to share something of ourselves. Connecting yourself to your landscape and the people who share that space with you, by laying traces of yourself and offering up your skills and expertise to care for it. This can give you a sense of agency and connection, but also a sense of responsibility.

This could sound like a negative thing, like, ‘oh no, we’re responsible’, but actually there is a solidity of inhabiting the space for me here: If we take care of something, we feel comfortable there. By connecting with a place, spending time there, looking after it, it becomes part of our world, it’s come in to our circle.

“I’ll go first” interrupts the current conditions of reliance on structures that no longer hold. It shifts the relationship between individual, state and place. It acts against forces that individualise and privatise, that enclose and deny us a stake. It expands our claim on our worlds through small acts. It opens up spaces and resources, building collaborations and connection, and changes our orientation to the world from one which is privatised and contracting, to one that is expansive. While this may not be perfect, maybe it is all that we have right now.

Caring for public things recognises what needs to be looked after, and through this, remakes them in a more collective form. By looking after things in common, we celebrate what is valued, and demonstrate a desire to hold onto an idea of public life and togetherness: not as a sentimental relic of something gone, but something that can ignite a new feeling of public life.

A longer version of this conversation is published in: